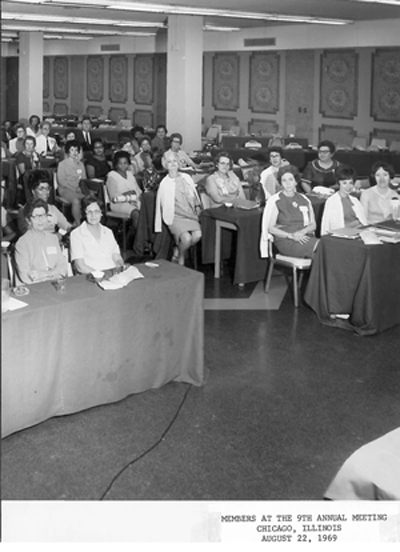 Association Name History
In 1960, 72 foodservice professionals representing 15 states assembled in a Cleveland hotel to organize what would become the Hospital, Institution and Educational Food Service Society (HIEFSS). Mary Lou Milton of Tennessee served as the organization’s first president (now called Chair of the Board). The early years required all of the activities of a start-up organization - drafting bylaws, forming the leadership structure, and getting the word out to foodservice supervisors that there was a new association, developed specifically to meet their needs. Affiliate chapters also made these growth transitions in order to remain connected with both headquarters and local members. Almost every state has its own chapter, and members are automatically a part of these with their annual dues payment.

In 1984 the organization’s members voted to change the name to Dietary Managers Association (DMA), to more accurately reflect the emerging job title of dietary manager that was identified in a 1983 role delineation study. The new three-word association name was also easier to fit on letterhead! Howard Kemp, Jr. of Ohio and Ruth Boese of Wisconsin served as presidents of the association at the beginning and end of that year, respectively.

Board Structure and Process
Until 1978, the ANFP Board of Directors consisted of five voting members. Currently the ANFP Board numbers 17 individuals who represent members at large, industry, and the supplier community. In 2007, the association moved from paper and pencil voting to online board elections, and in 2013, members approved a new slate process to replace the general elections in order to give those from smaller states a better chance to serve on the national board. Omar Humes, CDM, CFPP, presently serves as ANFP Chair of the Board, following in the footsteps of a long line of committed and hard-working national leaders.

CDM, CFPP Credential
Since its inception, the CBDM Certification Program has been a strong source of pride for the association and for credential holders. The Certified Dietary Manager, Certified Food Protection Professional (CDM, CFPP) credential identifies individuals qualified through education and experience to competently perform the responsibilities of a dietary manager.

Originally offered beginning in 1985 as the core, CDM exam, a second exam was created in 1996 in direct response to a growing need to protect public health through proper foodservice sanitation and safety practices. Individuals passing this exam earned the CFPP credential. CDMs were required to take and pass the CFPP exam by May 2000 to retain their certification. Today, the combined CDM, CFPP credential is widely respected and a highly recognized and regarded designation of competency in the industry.

The Certifying Board for Dietary Managers (CBDM) is responsible for the certification program, establishing policy from eligibility for certification through recertification, and utilizes a professional examination services provider for exam development and administration. Originally offered via paper and pencil each October, a Spring exam added to the traditional October exam date beginning in 2006, due to the popularity of the test. Today, it is offered in a computer-based format, year-round.

The current CBDM chair - Ken Hanson, CPM, CDM, CFPP - continues the work done by many dedicated previous chairs and members of the CBDM. A debt of gratitude is owed to each, for making careful and strategic decisions that have elevated the status and awareness of the credential.

Training and Continuing Education
ANFP has always taken an active role in developing educational materials for members. Continuing this trend, in 2007 ANFP published a new flagship textbook titled Nutrition & MNT for Dietary Managers. Used by both students and current dietary managers, the book provides foundation knowledge of basic nutrition and medical nutrition therapy principles. Our earliest foray into textbook writing came with the classic Managing Foodservice Operations book, first published in 1985 and a staple for many DM programs during the 1990s and beyond. DIETARY MANAGER magazine - which first debuted in January 1991, taking the place of ISSUES newsletter - was re-launched in 2006 to reflect a more contemporary design and editorial platform. The magazine is now called Nutrition & Foodservice Edge, and has a readership of over 29,000.

NFEF Vision: All CDM, CFPPs have the knowledge and resources needed to lead their teams in promoting optimum nutritional care.

In 2015, development work began on an innovative online data reporting system focusing on large federal datasets. The database continues to be accessible via the NFEF website to all ANFP members, NFEF constituents and researchers. NFEF has awarded more than 10,500 CE hours from educational materials based on the Foundation's research studies. In the past three years, NFEF has awarded nearly 180 grants with more than $50,000 to aspiring foodservice professionals and current CDM, CFPPs.

Website
The ANFP website continues to be an outstanding resource and outreach tool for the association. The association launched its website in 1997 with 29 pages. Eleven years later, DMAonline.org was redesigned to make it a more valuable tool for dietary managers and those interested in the field. The fourth edition relaunched in 2008. This newest version of the association’s homepage went live in July 2015. Our website currently receives nearly 4 million pageviews per year, making it a highly visible way for people to learn about ANFP. In other online news, ANFP has developed a variety of e-learning courses specific to the needs of dietary managers. Members have told us that online education has become their preferred delivery method for education today. In 2018, ANFP launched ANFPtv, a multimedia video platform that hosts industry trends, continuing education, tutorials, and more. What a difference a half century makes! 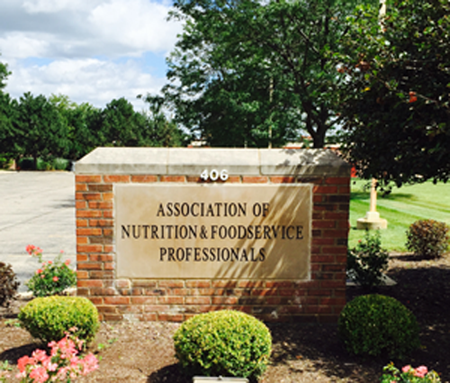 Throughout the years, ANFP has provided members with sound education through meetings, publications, and the online member community. State chapters—now 48 strong—offer grassroots benefits, such as more localized meetings and targeted newsletters. National member benefits are in a constant state of evolution as needs change and new technologies emerge.  ANFP is an active participant in public affairs on the national stage, working to ensure safe food for seniors and qualified leaders in food service through legislation. The role of the CDM, CFPP in nutrition care has strengthened in recent years, and CMS (Centers for Medicare and Medicaid Services) recognizes that a CDM, CFPP is qualified by training and experience to develop and document a plan of care for residents who are not at high-risk. ANFP first entered the government affairs arena in 1989, and has worked in various ways to keep the association’s name and the CDM, CFPP credential in the minds of legislators. The ANFP PAC was first formed in 1990, and then re-launched in 2008, so the association can use resources to support members of Congress who champion our profession and credential.

Safe Food for Seniors Initiatives
On October 4, 2016, CMS published its final rule “Medicare and Medicaid Programs; Reform of Requirements for Long-Term Care Facilities” in the Federal Register. Of the many changes to the regulations, the most important is the CDM credential being listed first amongst qualifications for the newly designated Director of Food and Nutrition Services.  Current ANFP members can view this victory with pride, knowing that Washington, DC, now views the CDM credential as essential to maintaining quality in LTC facilities, and future ANFP members can look forward to a clearly-defined career path with pride.

Pride in Foodservice Week
ANFP’s annual Pride in Food Service Week was introduced in 1991 and is celebrated every February. The recognition week applauds dietary managers and their staff for their hard work and dedication on the job. Hundreds of facilities participate in the week each year in a variety of ways—everything from festive decorations to special treat breaks for clients and visitors.

Live Meetings
The ANFP Annual Conference & Expo (ACE) - continues to be a great place for members to hear top-notch speakers and network with their ANFP friends. The most recent Annual Meeting took place June 27-29 in Scottsdale, AZ. It was a memorable and celebratory event, filled with good friends and great times. For those who couldn’t attend the Annual Meeting, ANFP introduced Regional Meetings in 2008. More than 270 dietary managers attended ANFP’s first-ever Regional Meeting in Greenville, SC. Currently, ANFP offers two regional meetings per year rotating throughout the United States.